Not yet in our Discord server? Click here to join so you can start hosting and joining LIVE Raids! 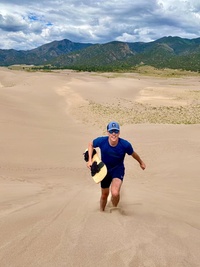 Welcome to the trading thread for Athens, Greece.

If you are located within or close to this city, you can utilize this thread to coordinate trading with other users. Please see below for more information about how to trade.

During Pokemon Go Tour: Kanto, trading distance is raised from 100m to 40km, so you will not need to meet physically.

SAFETY NOTE: If meeting, please follow COVID-19 guidelines in your area. Remain socially distanced, and stay safe! We recommend meeting at a populated, public place for your safety.

As long as you've been friends with someone for a day, and have exchanged one gift, you can trade Pokemon with them. Every trade you do will cost you Stardust, although the exact cost depends on a number of factors - but more on that in a minute.

You also get candies for every trade, which is a great added bonus. How many you'll receive depends on where the Pokemon was caught too. The further away you are from its source, the more candies you'll receive. According to Reddit, you get one candy for distances below 30km, two candies from between 30 - 100km, and three candies for anything above 100km.

Standard trades include regional Pokemon, different forms of Pokemon already in your Pokedex (such as Unowns, Alolan or Castform varients), and any Pokemon you don't have in your Pokedex that aren't Legendaries or shinies.

Special Trades are reserved for Legendary Pokemon like Articuno or Zapdos, and Shiny Pokemon. You can't trade Mythical Pokemon - aka Mewtwo and Mew - at all in Pokemon Go. They have to be earned I'm afraid.

The actual cost of Pokemon Go trading is quite a complex thing. Every trade will cost you Stardust, and that price will depend on a number of factors: whether you've already caught the Pokemon yourself, your friendship level with the player you're about to trade with, and the Pokemon you're actually trading - Standard vs Special trades.

It seems like the Stardust Pokemon Go trading cost is about as follows (thanks to AshmedaiHel from Reddit  for the info):

Anyone interested in trading please let me know thx in advance! Athens center